In a recent interview with Collider, Olivia talks about playing Alicent Hightower, drawing comparissons to Game of Thrones and its multidimensional characters. When asked about playing Queen Alicent in House of the Dragon, Olivia shared that “she’s very complex and I think people are gonna want to see the worst in her.” adding that “it will take some time” for an audience to fully understand her and her motivations.” With characters like Cersei Lannister and Olenna Tyrell, whose motivations and actions were not always aligned with morality but always managed to put on a good show, Game of Thrones fans will not be surprised by Queen Alicent’s complexity.

“What’s amazing about Game of Thrones, like we saw in the past series, is that one season, you hate a character, and the next, you absolutely love them and will go to the ends of the earth for them. You just don’t know what you’re gonna get with these characters. They’re so well-written. Such is the human condition, you can do some horrendous things, but then you can also do some wonderful things as well. It’s very complex, and it’s not black and white at all.”

When asked about fan expectations and the pressure of doing a prequel to one of the biggest television shows in history, she says “it does help that the story is of a hundred years prior. We’re in the world of Game of Thrones, but you can also put yourself in a different headspace as well and know that, for an actor, you don’t have to necessarily follow on from what anyone else is doing. But at the same time, yeah, it’s utterly bizarre, after the year or year and a half, of fucking 10 years that we’ve had, looking down and just being like, ‘What am I wearing? What am I doing? This is mad.'”

Read the full interview at the source.

House of the Dragon Television

House of the Dragon: Production pauses due to COVID-19

HBO has shut down production on Game of Thrones prequel House of the Dragon due to a crew member testing positive for the virus.

Deadline understands that a production member tested positive and in compliance with industry guidelines, will isolate and close contacts are required to quarantine. Production will resume on Wednesday.

House of the Dragon is the latest high-profile production in the UK to have to hit pause due to the pandemic. Deadline revealed that Bridgeton’s second season was shut down for the second time in a week due to a positive case of Covid and Netflix similarly shuttered its feature adaptation of Matilda due to the virus.

Screen Media Films has released the first trailer for Naked Singularity, starring Olivia Cooke, John Boyega and Bill Skärsgard. We have our first official look at Olivia’s character Lea and a brand new poster that has been added to the gallery. Screen Media Films has also lunched an official website for the film.

Check out the official trailer for Naked Singularity, which premieres on August 6 in American theaters and will be available on Demand on August 13:

Watch the video version of the previously released podcast episode of Private Parts featuring Olivia! She talks about accents, growing up in Manchester and her latest projects.

Naked Singularity’ centers on Casi (John Boyega), a promising young NYC public defender whose idealism is beginning to crack under the daily injustices of the very justice system he’s trying to make right. Doubting all he has worked for and seeing signs of the universe collapsing all around him, he is pulled into a dangerous high-stakes drug heist by an unpredictable former client (Olivia Cooke) in an effort to beat the broken system at its own game.

In addition to the news, Variety released a brand new production still featuring Olivia and John. I’ve added it to the gallery along with various on set photos taken in 2019 in New York!

Grand opening of I Heart Liv

Welcome to I Heart Liv, a fansite dedicated to showing support to Olivia Cooke and her career. My goal is to make this a place where fans can be up to date with the latest news, navigate through the photo gallery, discover Olivia’s work and so much more!

I would like to thank Cami for the gorgeous layout and helping me set up this site with all of its cool features. I couldn’t have done it without her. Go visit her sites and show her support!

If you want to learn more about Olivia, I’ve set up various pages where you can read her biography, learn facts and get details about her current and paste projects, so go check it out! More content will be added with time. The gallery currently homes 4,267 files, from public appearances to photoshoots to work related images for you to enjoy!

I am happy to share I Heart Liv with the world and I hope you visit again soon. Follow us on social media for quick updates, edits, gifs and more of Olivia. 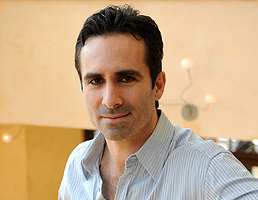